To know the facts see full text of Modi Interview

By Ross Colvin and Sruthi Gottipati, of Reuters With Curtsy

Is it frustrating that many people still define you by 2002?

People have a right to be critical. We are a democratic country. Everyone has their own view. I would feel guilty if I did something wrong. Frustration comes when you think “I got caught. I was stealing and I got caught.” That’s not my case.

Do you regret what happened?

I’ll tell you. India’s Supreme Court is considered a good court today in the world. The Supreme Court created a special investigative team (SIT) and top-most, very bright officers who overlook oversee the SIT. That report came. In that report, I was given a thoroughly clean chit, a thoroughly clean chit. Another thing, any person if we are driving a car, we are a driver, and someone else is driving a car and we’re sitting behind, even then if a puppy comes under the wheel, will it be painful or not? Of course it is. If I’m a chief minister or not, I’m a human being. If something bad happens anywhere, it is natural to be sad.

Absolutely. However much brainpower the Supreme Being has given us, however much experience I’ve got, and whatever I had available in that situation and this is what the SIT had investigated.

Do you believe India should have a secular leader?

We do believe that … But what is the definition of secularism? For me, my secularism is, India first. I say, the philosophy of my party is ‘Justice to all. Appeasement to none.’ This is our secularism.

What about the suggestion that you don’t take criticism?

On his popularity in opinion polls

I can say that since 2003, in however many polls have been done, people have selected me as the best chief minister. And as best chief minister, it wasn’t just people from Gujarat who liked me, not like that. People outside of Gujarat have also voted like that for me. One time, I wrote a letter to the India Today Group’s Aroon Purie. I requested him – “Every time I’m a winner, so next time please drop Gujarat, so someone else gets a chance. Or else I’m just winning. Please keep me out of the competition. And besides me, give someone else a shot at it.”

This is democracy’s basic nature. It’s the basic quality of democracy. If everyone moved in one direction, would you call that a democracy?

But allies and partners still find you controversial
Up till now, no one from my party or the people who are allied with us, I’ve never read nor heard any official statement (about this from them). It might have been written about in the media. They write in a democracy … and if you have any name that this person is there in the BJP who said this, then I can respond.

How will you persuade minorities including Muslims to vote for you?

If you become PM, which leader would you emulate?

The first thing is, my life’s philosophy is and what I follow is: I never dream of becoming anything. I dream of doing something. So to be inspired by my role models, I don’t need to become anything. If I want to learn something from Vajpayee, then I can just implement that in Gujarat. For that, I don’t have to have dreams of (higher office in) Delhi. If I like something about Sardar Patel, then I can implement that in my state. If I like something about Gandhiji, then I can implement that. Without talking about the Prime Minister’s seat, we can still discuss, that yes, from each one we have to learn the good things.

On the goals the next government should achieve

Look, whichever new government comes to power, that government’s first goal will be to fix the confidence that is broken in people.
The government tries to push a policy. Will it continue that policy or not? In two months, if they face pressure, will they change it? Will they do something like — an event happens now and they’ll change a decision from 2000? If you change decisions from the past, you will bring the policy back-effects. Who in the world will come here?
So whichever government comes to power, it would need to give people confidence, it should build the trust in people, “yes, in policies there will be consistency”, if they promise people something, they will honor that promise, they will fulfil. Then you can position yourself globally.

People say economic development in Gujarat is hyped up

In a democracy, who is the final judge? The final judge is the voter. If this was just hype, if this was all noise, then the public would see it every day. “Modi said he would deliver water.” But then he would say “Modi is lying. The water hasn’t reached.” Then why would he like Modi? In India’s vibrant democracy system, and in the presence of vibrant political parties, if someone chooses him for the third time, and he gets close to a two-third majority then people feel what is being said is true. Yes, the road is being paved, yes, work is being done, children are being educated. There are new things coming for health. 108 (emergency number) service is available. They see it all. So that’s why someone might say hype or talk, but the public won’t believe them. The public will reject it. And the public has a lot of strength, a lot.

Should you be doing more for inclusive economic growth?

Gujarat is a state that people have a lot of expectations from. We’re doing a good job, that’s why the expectations are high. As they should be. Nothing is wrong.

Infant mortality has improved tremendously in Gujarat, tremendously. Compared to every other state in Hindustan, we are a better performing state. Second thing, malnutrition, in Hindustan today, real-time data is not available. When you don’t have real time data, how are you going to analyse?

We do believe in inclusive growth, we do believe that the benefits of this development must reach to the last person and they must be the beneficiary. So this is what we’re doing.

People want to know who is the real Modi – Hindu nationalist leader or pro-business chief minister?

On Brand Modi and people behind the PR strategy

The western world and India – there’s a huge difference between them. Here, India is such a country that a PR agency will not be able to make a person into anything. Media can’t make anything of a person. If someone tries to project a false face in India, then my country reacts badly to it. Here, people’s thinking is different. People won’t tolerate hypocrisy for very long. If you project yourself the way you actually are, then people will accept even your shortcomings. Man’s weaknesses are accepted. And they’ll say, yes, okay, he’s genuine, he works hard. So our country’s thinking is different. As far as a PR agency is concerned, I have never looked at or listened to or met a PR agency. Modi does not have a PR agency. Never have I kept one. 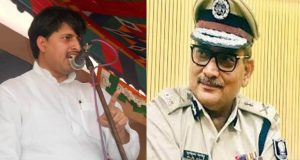 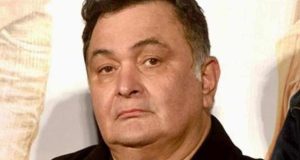