Is Indian bureaucracy the worst?

Bureaucracy bashing is India’s favourite national vocation. And for good reason. Our bureaucracy has its good share of crooks, criminals and cheats who need to be put away – with or without a Lokpal. The simple counter-question is, does the bureaucracy have a disproportionately larger share of crooks than in other professions in India, and the data clearly does not say a resounding yes.

In fact, there is perhaps roughly an equal proportion of crooks in the corporate sector (where routinely kickbacks are taken in large-scale procurement and bribing government), in politics, in the media (from paid news to fixing deals, blackmailing, etc), to professional service firms (reputed law firms becoming ‘payment gateways’ for bribes).
This article is meant to throw some light on the proverbial other side. It is not meant to deny or defend the existence of crooks in the Indian Administrative Service (IAS) or other civil services, but merely shows the other side, because there is one. In the din surrounding corruption, even the finest of minds are making the mistake of tarring everyone with the same brush, which is simply not correct.
First, when the late Rajiv Gandhi was brutally assassinated in 1991, tempers ran high and there was mayhem all around in Sriperumbudur.One IPS officer, without any weapon on his self, protected the body from being ravaged. His name was Dr R K Raghavan, one of India’s most distinguished police officers, whom the Supreme Court relies on routinely for helping them with sensitive cases, only because of his impartiality and honesty.
Second, if today millions of Indians are able to pay their electricity bills online or transact on their property easily, without paying bribes to anyone, the credit goes, not to a Lokpal watching over every single government servant, but to Rentala Chandrashekhar, J Satyanarayana and their extraordinary team of IAS officers who pioneered e-governance in the country.
Likewise, if Hyderabad became the toast of the global investor community, with Microsoft establishing its only offshore facility outside the US till date, and Google, HSBC and Oracle, to name just a few, investing millions and creating thousands of jobs, the credit goes to the same team.
Third, does anyone even begin to realise the kind of personal threats to self and family, faced by V V Lakshminarayana of the IPS, and Dr U V Singh and Vipin Singh of the IFS, in taking on the intensely dangerous mining mafia or Ratn Sanjay in raiding and uncovering human remains inside the house of Shahabuddin, MP? Would an IIM, MBA or an IIT techie work in such a circumstance?
Fourth, how many of those who throw stones at the bureaucracy would be willing to step into the shoes of K M Abraham of the IAS, who took on the combined might of Reliance, Sahara Parivar and the Bank of Rajasthan, only to uphold the law and to maintain the independence of an impartial regulator against all odds?
And the very same corporate sector, which hands out stories on morality to the bureaucracy, must not forget that more often than not, many of them, not all, want to eagerly subvert the system and break the law for a little exclusive privilege or gain.
Fifth, talk to any CEO in India’s insurance industry, and he will tell you that the industry as a whole was able to get founded only because of the leadership and the level playing field provided by N Rangachary, an outstanding IRS officer, when he was in Irda, because of which premiums as a percentage of GDP grew from 2.3% (in 2000) to 6.7% (in 2010), and there are about 50 private insurance companies in India today.
Sixth, the country’s first PPP airport in Kochi, built at a cost of only 300 crore, including the cost of 1,300 acres, was used by 4.5 million passengers in 2011 and returned a profit of 100 crore. No model concession agreement and no user charges. Just the outstanding leadership provided by V J Kurien of the IAS.
The message that one must appreciate is that there are countless civil servants doing extraordinary work, in equally extraordinary circumstances – the above examples are not exceptions but examples of many in the system who are doing quiet, outstanding work. Just because they don’t figure in the media or are not visible all the time doesn’t mean they don’t exist.
Ask yourself, would an N Chandra produce the magic of making TCS India’s largest IT company if he were reporting to a Pappu Yadav and not to S Ramadorai? Would Nandan Nilekani and Shibulal have created the globally-admired brand Infosys, but for N R Narayanamurthy’s fabled leadership, and instead if they had a Suresh Kalmadi to report to?
Never forget, Paul O’Neil and Robert McNamara, the titans who shaped the destinies of Alcoa and Ford, failed badly as US Treasury and Defense secretaries, respectively.
One of the main reasons India exists as one, despite the various fissiparous tendencies, is the glue of the bureaucracy, which holds together an intensely diverse, heterogeneous country is due to the good work of many outstanding officers, albeit with many bumps.
Maybe not every IAS officer is unable to understand the vulnerability of his views in the face of alternate opinions. Maybe he is unable to break away from rigid, stated positions to appreciate a very different view, perhaps because of the complex workings of our fabled democracy.
India has one of the finest higher civil services in the world, sitting on one of the worst lower bureaucracies – both with honourable exceptions. Don’t tar everyone with the same hue and support those in the civil service doing good work. This unarguable truth must be driven home.
(Views are personal)
Curtsy: THE ECONOIMIC TIMES 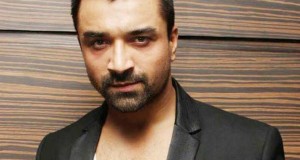 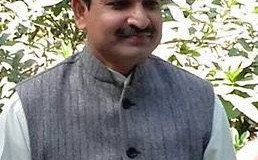 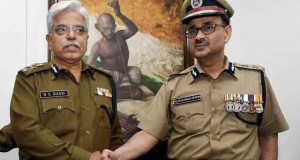